We’ve all been there – some of us embarrassingly more times than others. We’ve fallen head over heels for a guy who simply is not the one for us. No matter how much we try to ignore the many tell-tale and even blatantly obvious signs, we continue to talk to him, see him and obsess over a man who is simply not the man we are meant to be with. Our friends and family can’t understand what we see in this man and often times we can’t either, but yet he somehow sticks around much longer than we should allow. Often times we are blinded by his potential while ignoring how we are being treated. In case you’re waiting on just one more sign to show you what you probably already know, keep reading!

I mean this in the simplest way possible – is he simply not nice to you? It doesn’t matter if he volunteers at a homeless shelter every Saturday, has a rescue puppy named Precious, is a deacon at church, and drives his grandma to her dialysis appointment every Tuesday after mentoring at the boys and girls club. How does he treat you? Are you more often than not the butt of his jokes? Does he show little care for your feelings or how his action may affect you? Regardless of how “good” a person may be to the outside world, if he is treating you like crap then what is the point of keeping him around? So often we allow a persons image or persona to speak for them and not the actual actions they are showing us. Take away how treats anyone or anything else and start really thinking about how he treats you, and only you. If you feel confused, upset or sad more than happy, you aren’t being treated with the respect that you deserve.

2. He doesn’t pay attention to you as an individual 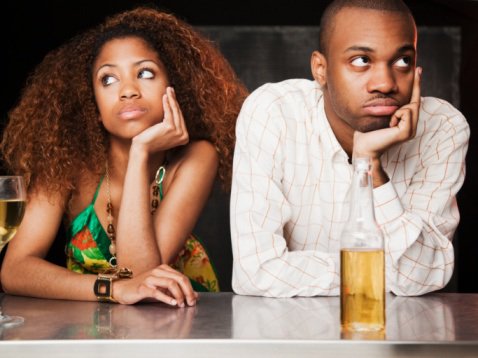 It doesn’t matter how brilliant, beautiful or charismatic you are, he only pays attention to you when he has free time and has no interest in truly getting to know you as a person. This is easy to determine because he doesn’t invest time in getting to know you. Conversations are usually short, vague and lead by you. Any attempts at getting to know him further or even talking about yourself are usually cut short or made light of.  He uses this as a defense mechanism to either not get too close to you or not allow you to get too close to him. He keeps communication with you open though rather than ignoring all of your messages or never initiating contact with you because he knows he can keep you right where he wants you, should he ever want to take things further. These types of guys are usually players and like to keep their options open while leaving women confused and vulnerable. If he was truly interested in getting to know you, he would. He would take the time and even sacrifice time in learning your interests, hobbies and things you like and don’t like in a partner. Having a one time conversation about these things and never revisiting it, is not interest. Think about yourself, when you are truly interested in a guy you want to know all about him. Where did he grow up, what are his parents like, what does he enjoy doing. Most likely you do know all of these things about him or have tried to learn them in one way or another. If he isn’t showing signs of interest most likely he simply isn’t interested and you shouldn’t be either. 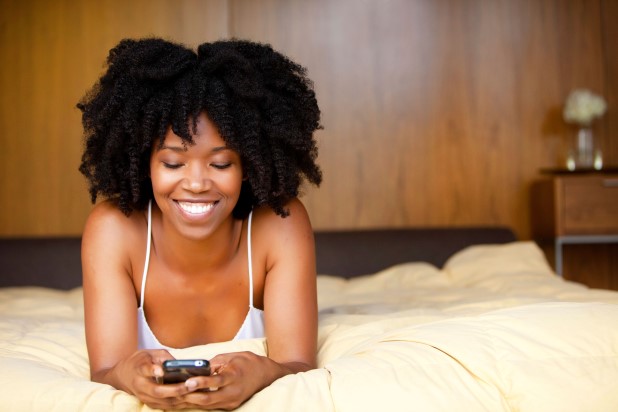 You find yourself always contacting him first. You’re curious to know how his day is going or what he’s up to and you can’t help but to reach out to him. Sometimes the conversations are great but others he seems distant and rushed. Trust me, regardless of how demanding his life is, when a man is interested he takes the time to show you his interest. You don’t have to always initiate contact because he is constantly reaching out to you. The man who is meant for you, will do these things because he simply can’t help it. He wants to hear from you just as bad as you do from him.

5. Your friends despise him

I’m not talking about your friend with the three cats, who hates all things man. I mean your easy going, vibe and energy reading, level headed friend. From the moment she laid eyes on him she knew that he simply was not right and though you tried to explain to her about all of the great things he’s done in the community, the positive quotes he puts on Instagram or how funny he is, deep down inside you know she’s right. Fortunately for us sometimes it’s easier for people outside of the situation to see things more clearly than we can. Their heads aren’t clouded with daydreams of how he would be so perfect if only…it’s safe to say your friend is looking out for your best interest as they only want to see you happy.

Do you sometimes pause and ask yourself, what the heck am I doing? Have you ever found yourself cyber stalking, constantly contacting, or drunk dialing? It’s flattering for most people to feel wanted, but there are certainly limits on what is too much attention especially when it isn’t being reciprocated. The man of your dreams should be just as obsessed over you as you are him. You shouldn’t have to chase after him and he certainly shouldn’t be running from you.

7. You constantly are questioning his feelings for you

One minute he’s saying and doing all of the right things, the next he’s disappearing or mistreating you. Your time should never be wasted questioning how he feels about you because he should make his feelings and his intentions for you apparent. If he just wants to be friends he should say that, and if he wants to pursue a relationship with you he should show you. A man who is not being obvious with his intentions is easily allowing the door to be left open for another man to potentially come and sweep you off your feet. Would a man who sees you as the woman of his dreams allow someone else that opportunity?

Unfortunately, in a time where people live out their lives or high light reels on social media, and getting to know someone has been reduced to a two sentence byline on dating apps, it’s easy to confuse who a person truly is with who they want others to perceive them to be online. It’s even easier for us to feel connections with people that we feel we know based on their online presence or similar interests. However postings do not equal people and likes don’t always mean interest. If your “prince charming” isn’t exactly who you perceived him to be, and you know he isn’t the one for you, stop wasting time hoping he starts treating you how you think he treats everyone else.

When the right man does come into your life, you won’t have to question or doubt his intentions. You will know he is right because you will feel it. No he won’t be perfect but you certainly won’t doubt how he feels for you or how you feel for him. You deserve to be loved fully by yourself and the man of your dreams. So until Mr. Right crosses your path, ditch Mr. Wrong or Mr. Right now – so he’s not standing in the way, and fill your time only with those that are deserving of it. Your days will be much more fulfilled and you will learn the importance of not settling for a lukewarm love.

Did you fall in love with Mr. Wrong?

Ashley Renee is a soul food enthusiast, sometimes vegetarian, spoken word poet, who doesn’t trust boxed macaroni or cats. keep up with her @ashleyreneepoet on twitter & instagram also check out her website.