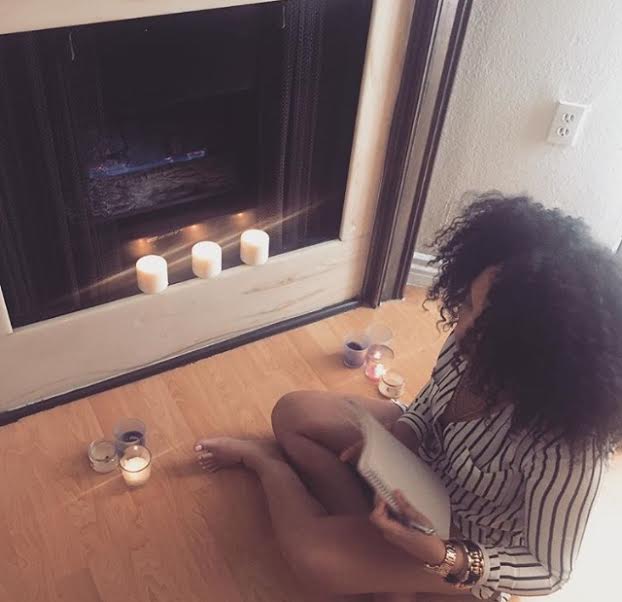 Recently I read a post about being transparent and it really resonated with me. Previously I told you all my relationship story of when I was in an unhealthy relationship from 17 to almost 20 years old. What I didn’t tell you was what happened afterwards. If you haven’t read it, you can check it out here. Reflecting on my past made me confront some demons that I use to try and ignore. I believe my story may help someone, so i’m ready to share.

After I ended the relationship with my suicidal ex, I took no time to myself. I had met someone who was completely different from any guy I had ever met and we instantly clicked. Soon after we found ourselves in a relationship. The problem was I was still emotionally wounded and had picked up some extremely bad habits. I was in many ways, no good. I was mean, constantly angry and couldn’t figure out why. At the drop of a dime I would fly off at the handle. Yelling and cussing during arguments was becoming routine and I had little respect for my boyfriend or his household once I became angry. Even in the midst of me yelling, in the back of my mind I would question why I was doing it. The situation never called for it and despite my boyfriends constant pleas for me to not yell or cuss during disagreements I continued. I have stories for days of some of the over the top things I did. I had brought all of the anger I had from my previous relationship and put it on someone who in no way deserved it. My boyfriend was not a complete angel. He made mistakes as well but absolutely nothing warranted my behavior.

My boyfriend decided to stick by me and the toxicity I had brought into our relationship. He was patient and very slow to anger. I honestly felt like at times I just had something evil inside of me that caused me to act out. I felt like I was watching a television show. You know where you see a character doing something so stupid and you just want to yell out, you are sabotaging yourself just stop! I felt this way. I knew what I was doing would eventually drive him away and I wanted so desperately to stop but something inside of me just wouldn’t allow it. I would make excuses and blame him for my anger when really it had absolutely nothing to do with him. I remember reading something once that said, every person you have sex with becomes a part of you. When you allow a man to enter you, you open yourself to him fully and are taking in everything that is of him. Do you ever notice how you become more attached to a person who you have been intimate with and possibly even pick up on their habits good or bad, during or even after your relationship?

I can’t say that being intimate with my ex was the absolute reason why I was so scarred afterwards but I do know that I had taken on many of the things I had despised in him. Everything I was before we dated; sweet, innocent, kind, affectionate I no longer was. In many senses of the word I had become a bitch. I just was a downright not so great person. I had a dark cloud hanging over me and brought it with me often. My boyfriend and I also had many great times and experiences but sometimes I also was extremely mean. It literally took me years to realize in many ways I  had become the person my ex was. The person who had made my life miserable was still a huge part of me years later and I was allowing it to destroy me.

After much thought, writing, love and prayer, I was able to realize in order for me to live a happy and fulfilling life I had to change.I started thinking about all of the things I was doing and how it was affecting my life. I took time to reflect on the actual situation at hand during disagreements instead of immediately allowing myself to become angry. I stopped watching myself react negatively and instead actively worked to change my thoughts into more positive ones. I stopped looking for reasons to be upset and started being grateful for all of the little things. Many women are still living with the man that hurt them and don’t even realize they have become him. Until I was ready to accept that I was the problem was I able to change. Old habits are extremely hard to break but when you are strong enough to admit your faults, it becomes much easier to fix.

So tell me, have you become the person who hurt you?

Ashley Renee is a soul food enthusiast, sometimes vegetarian, spoken word poet, who doesn’t trust boxed macaroni or cats. keep up with her @ashleyreneepoet on twitter & instagram also check out her website. www.ashleyreneepoet.com